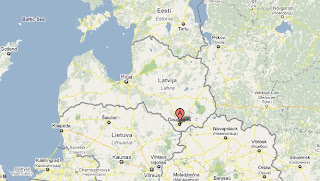 Last weekend I was there. It was a great, sunny day with a lot of activities on the streets. Daugavpils (previously called Dinaburgh) is the second biggest city in Latvia, the city near the banks of river Daugava – called The River of Destiny (the same river you will see all the way from Riga to Daugavpils) It’s multicultural city (I would actually say it’s totally Russian city), the city of many fates. It’s located around 270 km from Riga, close to the borders of Russia, Belarus and Lithuania. Ancient stones of the fortress and splendid art nouveau in the heart of the city, low-rise wooden houses... It’s another Latvia. Last week there was the City Festival and, believe me, Russian songs are still in my head sung by kids and adults. 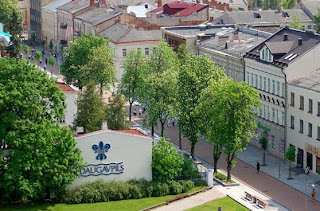 The historical centre of Daugavpils presents itself a specific monument of urban construction, but here are some interesting things you shoul see here. Rigas Street: one of the first streets in Latvia with the pedestrian traffic. Currently it is the liveliest street in the city with a wide range of shops, cafes, banks and offices.
Fortress of Daugavpils is considered one of the most significant symbols of Daugavpils. The fortress is an architectural monument of state importance and a unique object of the cultural and historical heritage of the city. The history of the fortress begins in 1772, when the council of War of the Russian Empire made a decision to begin the construction of the fortress. It is the only model of the fortress in Eastern Europe dated back to the first half of the 19th century, that has been preserved unchanged. 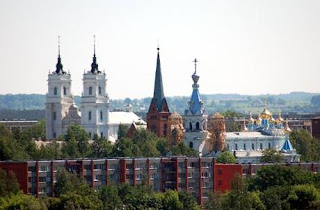 Church Hill. Every traveller, who wants to see the sights of Daugavpils, should visit Church Hill this unique place where churches of four different confessions are situated. You will find in this city big, impressive churches not only at the church hill.
And I think you will have a question „what’s that?” once you see a huge, white bulding entering the city if you come from Riga. It’s a prison (people call it The White Swan). No worries, it’s not a criminal city and people there are very nice. If you take a train from Riga to Daugavpils you will already be prepared for Russian community. :) Oh, and I forgot to mention – it’s also students' city: a lot of higher education opportunities are offered in this city – music, law, languages etc.
See more pictures of Daugavpils here
Find the bell from Daugavpils in this collection
Posted by Kristine F. at 11:55 PM