Moscow Suburb: don't go there in Riga. Or better - do it! 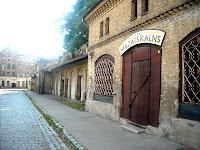 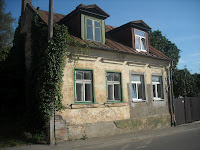 If there is a district in Riga locals are telling tourists to stay away - it's Moscow Suburb - that shady place with old wooden buildings, black market and every second house selling illegal drugs. And now it's time to be honest - I live there. I've been walking around there at daylight hours and totally alone at nights as well. Nothing ever happened to me. Nobody even tried to harm me or my street-walking peace there. I'm sharing apartment with two other people and nothing bad ever happened to them as well. My intuition is whispering that this district is not that bad.

Ok, here is something not so nice - you will see old haunted wooden houses, drunk people on streets, some stray dogs, you will probably witness drug dealing, someone might ask you a cigarette and the main language spoken there is not Latvian, you will hear Russian. If it sounds scary to you - don't go there. 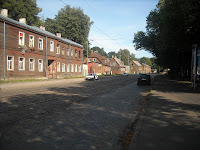 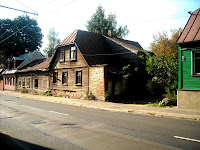 Talking about nowadays: as I mentioned before - I can perfectly deal with this district where haunted houses are displayed to view but private palaces are hiding behind high fences. I even find it somehow romantic place... Start your tour with Riga Central Market, then head to the Soviet skyscraper The Academy of Sciences and "dive" into Moscow Suburb with   Jewish memorial places, Grebenshchikov Church - one of the largest congregations of Old Believers in the world, independent theater, small shops and other things to wonder about.

Oh, you can find there the most amazing flea market I've seen - Latgalīte - it's just awful at a first glimpse, but definitely a place where you could find even Devil if you were looking for it - you can find there everything. As we joke - if you have lost something in Riga, you can buy your things at this flea market.  (Note: it won't hurt to watch your pockets and bags if you go there). 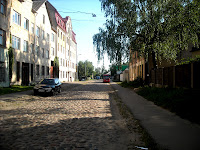 Posh and shine is staying away from Moscow Suburb- it still is the poorest district in Riga. Well, probably this district looks also a bit sad and depressive in rainy days, but it has it's own atmosphere and historical breath. And shiny, colorful autumn seems the most suitable season for this district. That's something you don't get to see at the city center.

P.s. You can click on pictures to enlarge them.
Posted by Kristine F. at 1:38 AM