From UK to Riga: the cheapest destination this spring 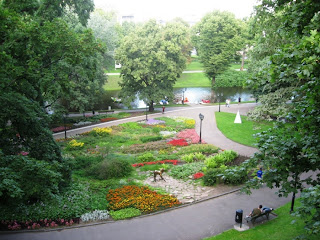 The popular travel website Yahoo!Travel has named Riga as the best-value city break for its mainly UK-based readers this spring. Riga is top of the list, ahead of Tallinn, Warsaw and Budapest. Vilnius is not named – presumably because of its still poor number of connections by air with the UK and the rest of Europe. The UK’s Post Office has just released its new City Costs Barometer report, which puts Riga way ahead of the pack on cost-saving city-break destinations. The list was compiled by making a “basket” of typical holiday costs, such as hotel accommodation, meals, drinks, public transport and sightseeing. However, as cities like Riga recover strongly from the recent economic crisis, we can expect prices here to increase quickly in the coming year.
From Bestriga.com. Check the whole article with the whole top of cheap destinations this spring here: http://www.bestriga.com/en/page/expanded/article/555
Posted by Kristine F. at 4:20 PM